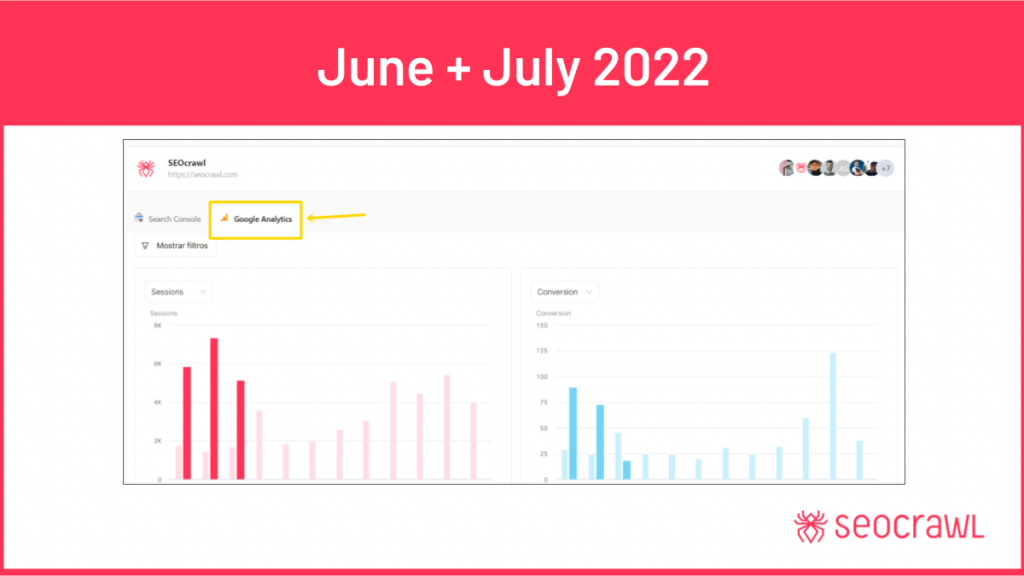 Did someone say holidays? Nooo! During the bustling months of June and July, our amazing team has continuously put out product upgrades, both in terms of new releases as well as, and most importantly, performance and usability. We have arranged the information in sections so that it is properly organized.

As you are well aware, the SEO annotations system’s one of the most revolutionary features of SEOcrawl because of how time-saving this tool is. To keep on improving this system, we have implemented three upgrades.

In some cases, the annotation title was not enough for professionals to include all the necessary details. That is why we have added the description field for you to write as many details as you wish.

When you start to use the annotation system, you will notice that the annotations for the Google algorithm, also known as Core Updates, will be automatically added. Surely, there will only be a few of them. However… Did you know that there are companies with over 100 annotations? One of them let us know that only the last 15 annotations were showing up. We came up with a solution: adding a page distribution feature, which allows you to visualize the entire activity.

It is August 6th, you add an annotation and, suddenly, two days later, you realize the annotations’ results were rejected. However, this isn´t true! The data were simply not ready yet and were comparing a seven-day performance with just a one or two-day performance. Thanks to the wonderful feedback that we have received, new symbols will be shown representing that the data aren´t prepared yet and they will only appear when the time frame that is being compared is equal (for example, seven days prior vs. seven days to follow).

Of course, the upgrades were never going to be 100% focused on the annotations system, which is why we have been releasing several upgrades in many different sections.

Great news! We have been in contact with Google and they have finally appointed SEOcrawl as an official provider of the Google Analytics API, which means that, very soon, we will be able to offer Google Analytics´ Dashboards, URL conversion, and so much more.

New Page for the SEO Visibility

We have cleaned up, sorted and improved the usability of the SEO Visibility new page, for it to be more useful and provide a quicker and easier way to visualize how many keywords there are in each position.

SEOcrawl is starting to actively use its crawler both for the SEO Monitor and everything related to web health. To avoid any blocking problems or unallowed tracking, we have created a website for our bot so that you can access all of its details and add it to your list of permitted bots.

All the infomation about the SEOcrawl Bot

Not only have we released the new Keyword Cannibalizations page, but also we have published a detailed example and a step-by-step explanation on how to use it and understand it.

The Top Folders page is crucial to analyze all traffic and trends in every folder and sub-folder on a web. However, when exporting these data, only the first line used to be exported. From now on, the export will be thorough and users will be able to see all the data, whether they have been sorted or not.

There are many teams around the world using SEOcrawl´s SEO Task Manager. To keep on improving, we have added two key auto-save features. Thus, loss of new information will be avoided.

SEOcrawl´s around the world project is without a doubt one of the undertakings we are the most passionate about. Despite having been founded in Spain, SEOcrawl has a very large global ambition. This is why we already work in 9 languages, with the idea of, little by little, adding more and more every day. Not only have we improved our translations, but also we are launching key articles in several different languages. In this case, we are talking about a complete tutorial on SEO Tools in Italian.

Would you like to watch the June/July 2022 product´s video-summary? Here it is, 8-minutes long and featuring examples!

Would you like to receive 30 days Free Enterprise account? Book a DEMO and you will activate them immediately. 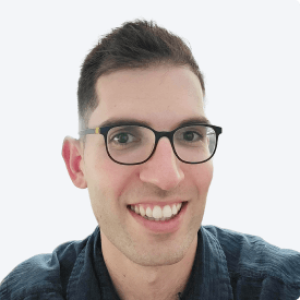 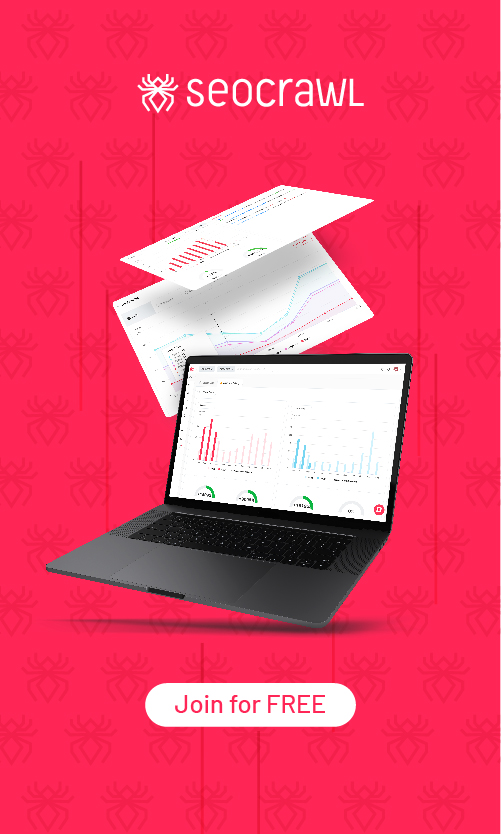 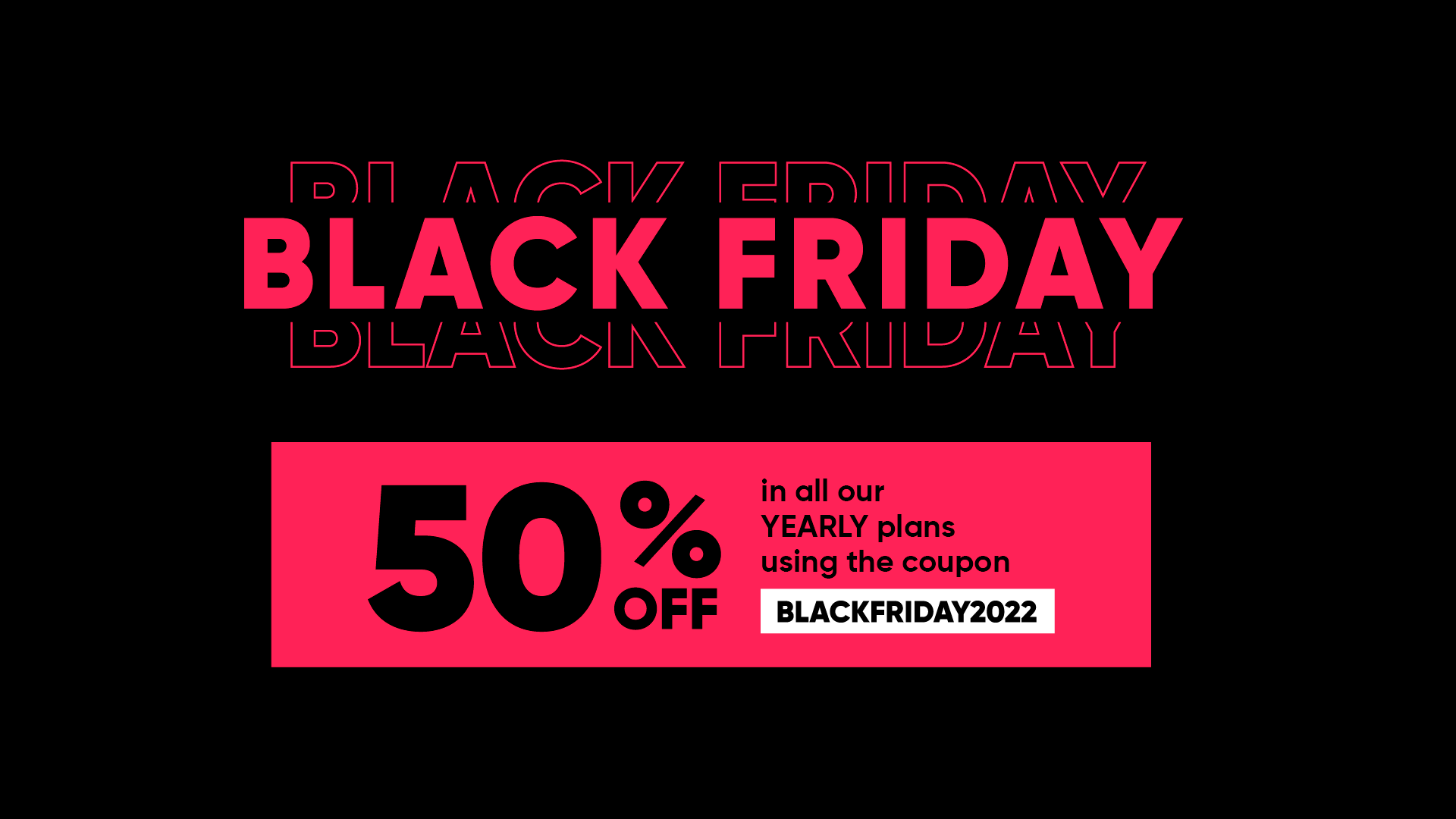 Although Black Friday is officially on Friday, November 25, we didn’t want to limit ourselves to this day for several reasons: That’s why we wanted … 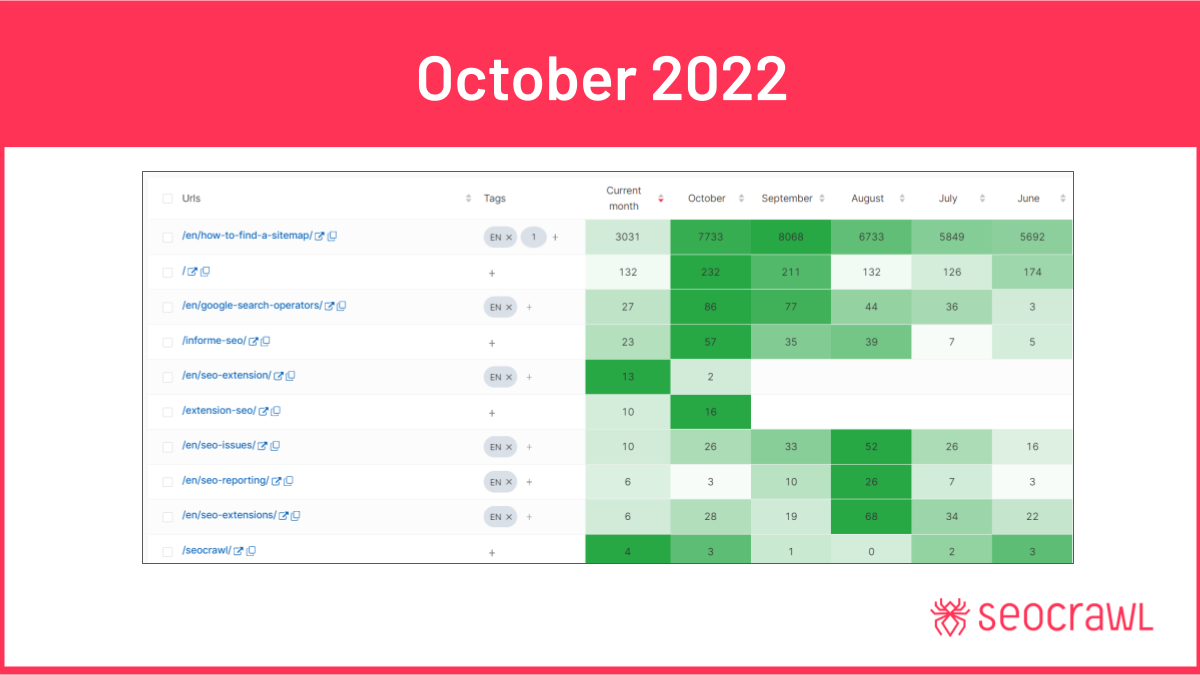 Month after month, step by step, SEOcrawl keeps improving thanks to the amazing support we get from hundreds of professionals and companies around the world. … 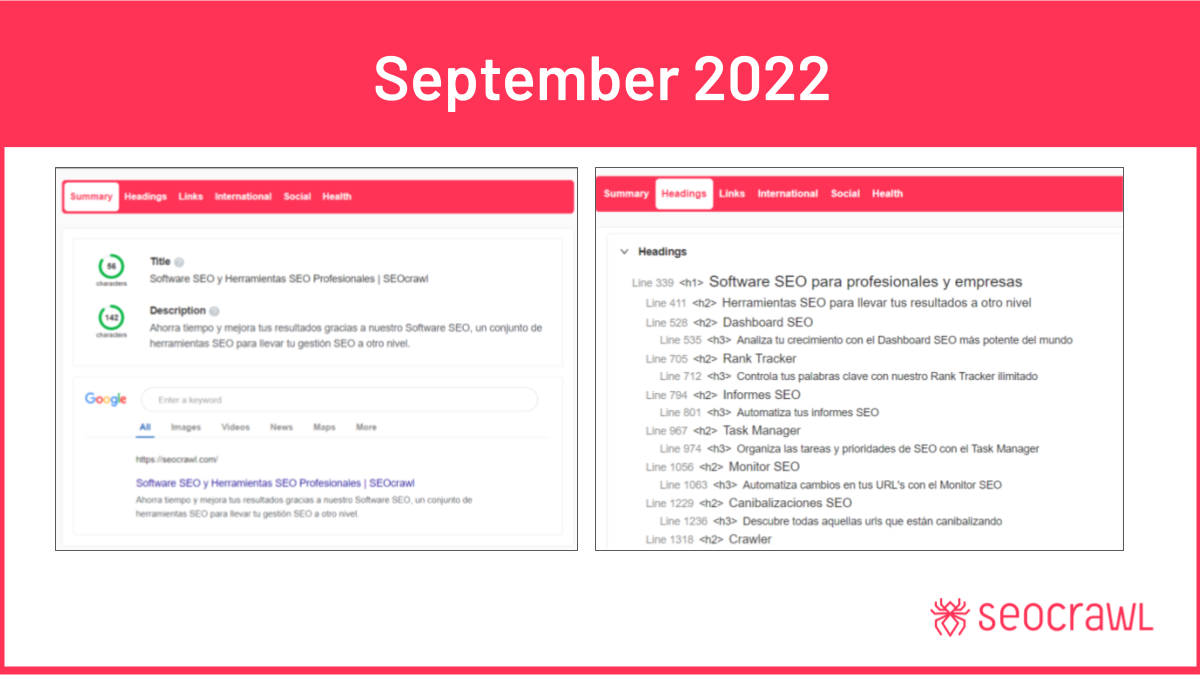 Did anyone think “going back to school” was going to be a smooth ride? Of course it wasn’t. September has been one of the busiest …

SEOcrawl was born with the aim of marking a before and after in your daily SEO management, whether you are an SEO professional, agency, in-house.